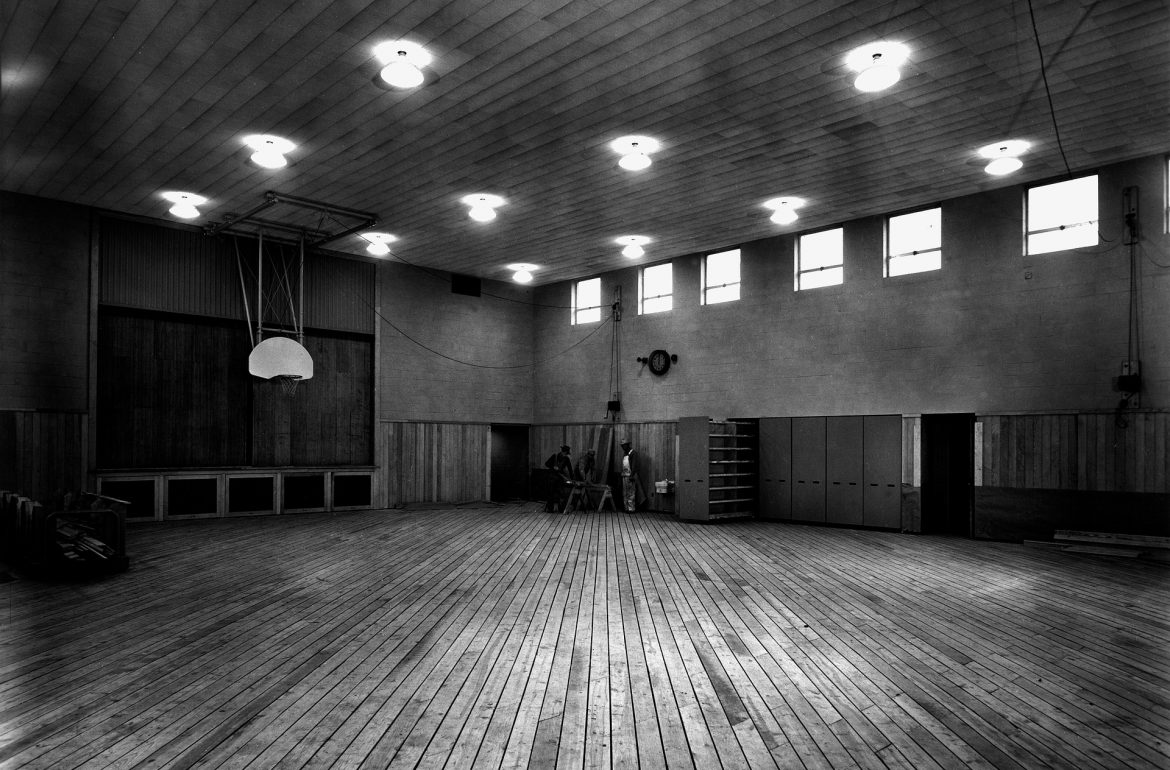 Seeing, now, that there were no curtains to the window, and that the street being very narrow, the house opposite commanded a plain view into the room, and observing more and more the indecorous figure that Queequeg made, staving about with little else but his hat and boots on; I begged him as well as I could, to accelerate his toilet somewhat, and particularly to get into his pantaloons as soon as possible. He complied, and then proceeded to wash himself. At that time in the morning any Christian would have washed his face; but Queequeg, to my amazement, contented himself with restricting his ablutions to his chest, arms, and hands. He then donned his waistcoat, and taking up a piece of hard soap on the wash-stand centre table, dipped it into water and commenced lathering his face. I was watching to see where he kept his razor, when lo and behold, he takes the harpoon from the bed corner, slips out the long wooden stock, unsheathes the head, whets it a little on his boot, and striding up to the bit of mirror against the wall, begins a vigorous scraping, or rather harpooning of his cheeks. Thinks I, Queequeg, this is using Rogers’s best cutlery with a vengeance. Afterwards I wondered the less at this operation when I came to know of what fine steel the head of a harpoon is made, and how exceedingly sharp the long straight edges are always kept. The rest of his toilet was soon achieved, and he proudly marched out of the room, wrapped up in his great pilot monkey jacket, and sporting his harpoon like a marshal’s baton. I quickly followed suit, and descending into the bar-room accosted the grinning landlord very pleasantly. I cherished no malice towards him, though he had been skylarking with me not a little in the matter of my bedfellow. However, a good laugh is a mighty good thing, and rather too scarce a good thing; the more’s the pity. So, if any one man, in his own proper person, afford stuff for a good joke to anybody, let him not be backward, but let him cheerfully allow himself to spend and be spent in that way. And the man that has anything bountifully laughable about him, be sure there is more in that man than you perhaps think for. The bar-room was now full of the boarders who had been dropping in the night previous, and whom I had not as yet had a good look at. They were nearly all whalemen; chief mates, and second mates, and third mates, and sea carpenters, and sea coopers, and sea blacksmiths, and harpooneers, and ship keepers; a brown and brawny company, with bosky beards; an unshorn, shaggy set, all wearing monkey jackets for morning gowns. You could pretty plainly tell how long each one had been ashore. This young fellow’s healthy cheek is like a sun-toasted pear in hue, and would seem to smell almost as musky; he cannot have been three days landed from his Indian voyage. That man next him looks a few shades lighter; you might say a touch of satin wood is in him. In the complexion of a third still lingers a tropic tawn, but slightly bleached withal; HE doubtless has tarried whole weeks ashore. But who could show a cheek like Queequeg? which, barred with various tints, seemed like the Andes’ western slope, to show forth in one array, contrasting climates, zone by zone. «Grub, ho!» now cried the landlord, flinging open a door, and in we went to breakfast. They say that men who have seen the world, thereby become quite at ease in manner, quite self-possessed in company. Not always, though: Ledyard, the great New England traveller, and Mungo Park, the Scotch one; of all men, they possessed the least assurance in the parlor. But perhaps the mere crossing of Siberia in a sledge drawn by dogs as Ledyard did, or the taking a long solitary walk on an empty stomach, in the negro heart of Africa, which was the sum of poor Mungo’s performances—this kind of travel, I say, may not be the very best mode of attaining a high social polish. Still, for the most part, that sort of thing is to be had anywhere. These reflections just here are occasioned by the circumstance that after we were all seated at the table, and I was preparing to hear some good stories about whaling; to my no small surprise, nearly every man maintained a profound silence. And not only that, but they looked embarrassed. Yes, here were a set of sea-dogs, many of whom without the slightest bashfulness had boarded great whales on the high seas—entire strangers to them—and duelled them dead without winking; and yet, here they sat at a social breakfast table—all of the same calling, all of kindred tastes—looking round as sheepishly at each other as though they had never been out of sight of some sheepfold among the Green Mountains. A curious sight; these bashful bears, these timid warrior whalemen!

Made with by ThemeMove.com. All rights Reserved.